How Can I Get My Girlfriend To Respect Me?

How Can I Get My Girlfriend To Respect Me?

George has been with his girlfriend, Heather, for over 2 years and is finding that she is more often than not disregarding his feelings, throwing tantrums, and using foul language to express herself. He has been feeling frustrated and shuts down whenever she gets into her “negative mode”.

George has shared that what attracted him to Heather was her fiery spirit and passion for life but on that same breath he feels that her hypersensitivity has turned from an understanding angle to a disrespectful one where he is being mistreated. George admits to shutting down the moment he senses her getting upset or when she starts one of her “rants”.

He knows this angers her even more but shares that he’d rather not say anything and let her “run her mouth” then say something he’ll regret. He doesn’t want to leave Heather and feels that they can be happy together if things change. How can George get his girlfriend to respect him more?

Here are 7 tips to help you to gain respect from your girlfriend:

In a relationship you need to always fight fair. Always. There is no excuse for disrespecting someone because you lost your cool. When you establish clear ground rules that are acceptable to the both of you, your disagreements should begin to go a lot smoother and mutual respect should grow.

George was being bullied during arguments because Heather used intimidation tactics such as cursing or yelling. George should designate those as major NO-NO’s during arguments and not participate if they occur.

When you have a partner that over communicates it can be difficult to get a word in yourself. Sometimes your girlfriend needs to be reminded that you’re human too with feelings. She needs to hear how important respect means to you and she needs to know it is a deal breaker without it.

When you shut down and not share, she begins to assume that you feel nothing and don’t care. This is what probably contributed to Heather’s yelling and cursing. She is trying to get a rise out of George and hoping that he’ll just say something. Anything. This is definitely the wrong angle to take but with clear set boundaries and healthy communication you are off to a much better start.

Just like in parenting, a child begins to respect the rules when there is consistency and follow-though. If you need your girlfriend to respect you more you need to be able to gently and respectfully stick to your guns. Meaning, if cursing is not allowed in an argument, then “reschedule” the discussion for a different time when both partners can mutually stick to the boundaries and respect one another.

Treat your partner the way you would like to be treated. If you need respect you need to be able to give it at all times. George could really benefit from this and model the respect he needs while communicating his feelings. He shouldn’t yell, curse, and demand respect. He should show it.

Remember when you were a kid and got recognized for doing good things? Didn’t it make you want to do it more and more? Of course it did! It feels good to be recognized, noticed, appreciated, and validated! When Heather begins to play by the rules, George needs to take the time to vocalize his appreciation for her efforts. He needs to catch her doing good things and celebrate it.

A woman respects a man who knows his worth. A confident man, not to be confused with a cocky man, is a major turn on for the ladies and just calls for respect. They want to see you not sweat the small stuff, that you believe in your abilities and talents, that you can handle stress, and that you have a tiger within. If you feel like a kitten, act like a kitten, she’ll probably treat you like a kitten. You’re a tiger baby! But remember, you’re going for the confident tiger not the aggressive one. The aggressive tigers stay behind bars.

We all need help in our relationship at one point or another. It is okay to find a good counselor that will sit with the both of you and help you establish those boundaries and open the avenues of communication. It doesn’t make you weak. It actually makes you an awesome guy to care enough to make that first move. Don’t wait for her to suggest it. You do it! 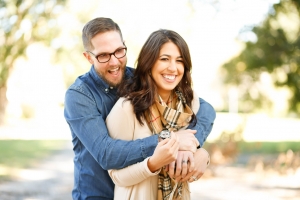 George can definitely get the respect he needs from Heather to be happy in his relationship. It is not fair to feel belittled, less than, or disrespected. The more effort he makes in vocalizing his needs and stepping up to the plate the more positive results he’ll see in his relationship. If he is truly confident in his worth he will not settle for anything less than the treatment he deserves. Heather will follow that lead if she knows his value, and if not, it might be time to revisit whether moving on would be a better choice.

Sometimes it is easier said then done to follow these tips, especially after long term patterns and cycles. If you want additional guidance to better you and your relationship then call Life Counseling Solutions today at 407-622-1770 to work with our expert relationship coaches.  Click here to book your first appointment.

Life Counseling Solutions (LCS) offers community counseling services. The Services that can be available to those in financially difficult times. Here at LCS. Also, we desire to provide healing and support to all those in need.However, Our Community Counseling Program offers quality counseling service with our Mental Health Counseling Student Intern (with supervision from our expert practitioners) at a reduced fee. Tele-counseling & face-to-face counseling are available options at our office.lifecounselingsolutions.com/orlando-community.../ ... See MoreSee Less
View on Facebook
· Share