In general domestic violence can be defined as any assault, aggravated assault, battery, aggravated battery, sexual assault, sexual battery, stalking, aggravated stalking, kidnapping, false imprisonment, or any criminal offense resulting in physical injury or death of one family or household member by another who is or was residing in the same single dwelling unit.

Domestic violence is not limited to physical abuse. Other tactics include emotional and psychological abuse. These three tactics are demonstrated through a Power and Control Wheel.

For example, it can be demonstrated in the following way:

The victim can exhibit:

Threats by the batterer against property, pets and other family members, and can include:

Domestic violence is an urgent public health problem with devastating consequences for women, men, children, youth and the elderly.

Domestic violence has no age, gender, social ethnic, geographic, education, economic, or race boundaries. There is no typical victim, yet it affects the health and well-being of all persons involved in the crime; in particular, contributing to children in care. As a matter of fact, the frequency and severity of violence among lower income people is equal to the frequency and severity in the middle and upper classes.

For example, according to the U.S. Department of Justice, intimate persons such as husbands, ex-husbands, boyfriends, or ex-boyfriends – commit 29 percent of all violence against women.

Further, of nearly 18 percent of American women surveyed, 17.7 million, have been raped or been a victim of attempted rape during their lifetime, according to a collaborative study on violence jointly funded by the Department of Health and Human Services and the Department of Justice.

Each year between 2 million and 4 million women are battered, and 2,000 of these battered women will die of their injuries.

Domestic violence is the single largest cause of injury to women between the ages of 15 and 44 in the United States, more than muggings, car accidents and rapes combined. 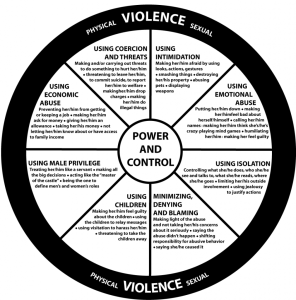 Outward physical indicators or signs are often present within a domestic violence relationship, but there are other signs in victims that reflect battering and include:

🚨ATTENTION!🚨 We have limited spots available for Dr. Janie Lacy’s premier, “Woman Redeemed Retreat” from Thursday, October 20, 2022 through October 23, 2022. Please join Dr. Lacy as she hosts this influential life-changing weekend retreat that was created for you, about you and provides conceptual essentials in becoming the BEST you.Visit @woman_redeemed to sign up!! ... See MoreSee Less
View on Facebook
· Share