An Open Letter to the ‘Other Woman’: After the Affair

An Open Letter to the ‘Other Woman’: After the Affair

I wish we could have this conversation at Starbucks, sipping over lattes, with no limit on time.  We could probably shut the place down.

I would want to know about you, where you came from, how you got here, and where you plan to go from this mess.  I would want to hear your pain, but also would pray that we could quickly get through the surface talk and hit deep quickly.

Because you need it, he needs it, she needs it, and because the children who are affected by you now or in the future need you to hit deep quickly.

Time waits for no woman.  And you’ve wasted enough time.  So, let’s go there, let’s do it now, let’s face some truth so that you have a chance of being free.

The man you are loving walked down the aisle with HER.

Give him some credit.  He wasn’t tricked.  He wasn’t fooled.  No one made him do it. He looked into her eyes, and in front of family and friends said covenant vows to God that he would love, honor, protect, and provide until death do they part.

He didn’t trip and fall into marriage.  He bought the ring, chose steak for the reception, he signed the license, and he went on the honeymoon.  No one held a gun to his head.  He chose to be married. 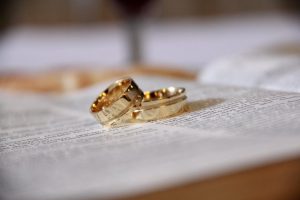 YOU are the other woman, not the wife.  You are interfering in a marriage.

You are taking part in destroying a legacy. You are breaking up a home. No matter what he tells you, the wife is never the other woman. She is his wife.

He doesn’t love you or respect you more than her. 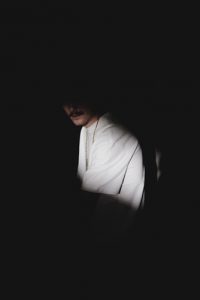 So, my friend, what line are you falling for?  That he is the victim in the marriage?  That she won’t sign the papers?

The marriage is dead but there is a legal reason to stay married?  He loves his wife but she won’t put out?  That you are so hot he can’t help himself?  That he really wants you, not her?

The bottom line for you is that if you are in a relationship with someone who is married than you are already dealing with a master manipulator who is lying his way through life.  Every liar comes to his end.  Do you want to be the one left picking up the pieces?

It doesn’t get better.

What dream are you holding on to and believing that keeps you from telling yourself the truth?  I tell my clients that the degree of mental illness you have is the degree to which you are willing to live in reality.

If the reality is you’ve gotten involved with a married man, then face that truth and embrace the fullness of what that really means.  No little girl wakes up and says “When I grow up I want to be someone’s piece on the side”. 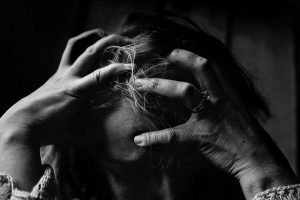 You will be the last person to be able to fix him.

Don’t try.  At a very basic level, men are wired to require and give respect in relationship.  You don’t have his respect because from his perspective he didn’t have to commit much to get you, and he doesn’t have to give of his whole heart to keep you around.

That’s exactly what guys mean when they say ‘She’s easy!’  So, put whatever thoughts you might have of ‘making this work’ away.  It will be a project that will eventually consume your soul and has the potential to destroy your heart.

Rest in the power of NO.

Affairs are always complicated.  Let’s make it really simple.  You have a choice.  Walk away.  Take extreme measures to remove him from your life.  Fill your time and your life with things that will heal the hole that you tried to fill with him.

Don’t be fooled when he tries to chase you down.  Don’t accept less for yourself than what God intended for you. Learn to deal in therapy with why it has been OK for you to accept less in relationship than what you were designed for. And most importantly, let him go. 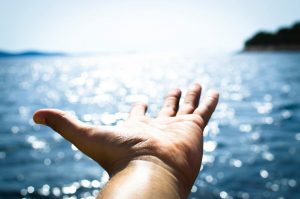 When you choose to walk away you tell yourself, him, and the world that you deserve better than scraps.  After all, scraps is really all a married man has to offer to the woman who is not his wife. He is by covenant, physically, spiritually, and legally bound to his wife.

If find yourself constantly in these wrong relationships and only end in pain then check out this article “How Do I Stop Picking The Wrong Person?”

If  this article sounds all too familiar to you and you want additional help, call Life Counseling Solutions today to start transforming. Make an appointment today and call at 407-622-1770 with our expert helpers to start changing your life. Or, text us at 626-872-5433.

Like to run? 🏃🏾‍♀️ Black Run Club is the perfect place for you! 💯We’re a new running club for people who want to have fun, meet new friends, and get in shape. 👟We provide a supportive community that will help you reach your fitness goals. ✅Our club offers a variety of events and activities that cater to all levels of runners. 🎽Whether you’re just starting out or you’re a seasoned marathoner, we have something for everyone. 🤗Join BRC today – we can’t wait to meet you!New runners welcome. Sessions start in February 2023. Email [email protected] or DM me to join the BRC interest list. ... See MoreSee Less
View on Facebook
· Share