What We Can Learn From Whitney and Bobbi Kristina

I’m sure you have heard. The story broke a week ago, so it’s almost old news.   According to reports, Bobbi Kristina’s loved ones found her face down in a bathtub, already not breathing.  They couldn’t have dreamed this up for a movie.  It’s too eerie.  Less than 3 years from the anniversary of her mother’s death in the same tragic manner – dying alone in a bathtub.  What a cruel twist of fate this seems to be.  How could suffering and possibly death come to both a mother and daughter in such a similar way?

A rather scary proposition is that there was some tragic destiny that played out here.  It’s awful to think about it because in every story we encounter; aren’t we looking to find ourselves in the characters?  Whitney and Bobbi Kristina’s story could be especially frightening because their experience can represent the lack of control we may feel over our own destiny.   If we are doomed to live in the shadow of the pain of our past, if we can’t avoid a terrible outcome, then what’s the point of living?

This mother daughter pair is a real life example to us of what it looks like when issues go unresolved and family dysfunction reigns.  Just like the genes that gave Bobbi Kristina her best traits –her father’s handsome eyes and her mother’s glowing smile – so do our dysfunctions get passed along when we do not deal with and resolve our issues to their full healing. 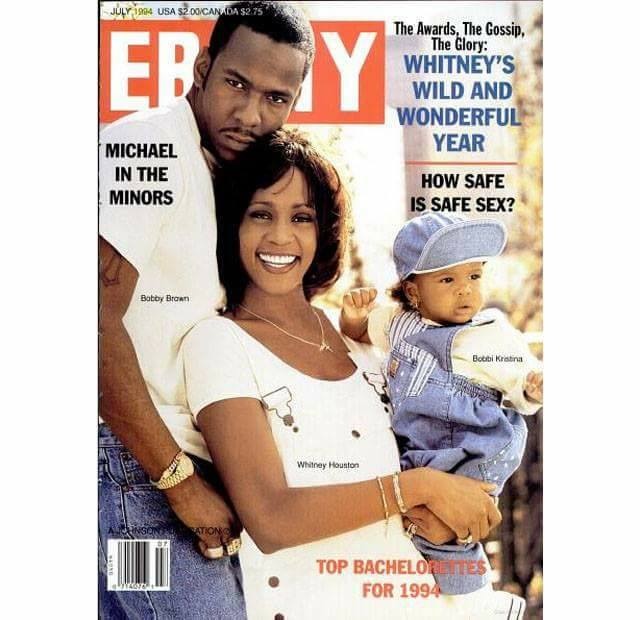 What could have made the difference for Bobbi Kristina?  What makes a difference for us?  There are powerful insights in the process of defining and working through generational and present dysfunction.  It can hurt to hear the truth about what’s messed up about us and our families.  It’s hard to take responsibility for our choices and journey on a new, uncharted path.  But simply, if we don’t face it, name it, and deal with it, then we don’t have the power to change it. Facing our unresolved issues – though painful, messy, and hard – also gives us an opportunity to grieve appropriately, choose something different, and move on from places we are stuck.  Being with a counselor who knows their stuff during that process allows us the gift of having someone in our corner who is trained to tell the truth, can point out our blind spots, witness and be present through the suffering, and direct us towards healing.

I am praying for Bobbi Kristina for a miracle.  Let me be clear – in no way do I blame her for the tragedy that she has experienced.  I have no way of knowing what happened.  But I know what happens when people uncover their lives in my counseling room.  And here, I can look and see a mother and a daughter who seem to have suffered so similarly, and I have – and probably you also have – enough sense to read between the lines.

So, I wonder what might have been different for Bobbi Kristina had she really had a chance to work through to completion her process with a caring professional.  I wonder what relational baggage Bobbi Kristina was still carrying that once belonged to Whitney, which must have been compounded by Whitney’s tragic and untimely death.  I wonder how that baggage propelled Bobbi Kristina on a path to the day that she was found at the very edge of the exact same demise – drowned and unconscious in a bathtub – less than three years after the anniversary of Whitney’s death.   I have to believe if her father could have looked into the future and seen his baby girl in a coma in the hospital, he would have spared no expense to give her the time, space, and resources she needed to avoid this terrible outcome.

It would be the greatest tragedy in my opinion if we lose Bobbi Kristina in the same way we lost her mother, ‘The Voice’ (I believe is the name that Oprah called her in her final interview).  While Whitney was renowned for singing about the greatest love of all, I want to reiterate that even beyond this present tragedy, the very greatest tragedy of all would be if we don’t honor the loss of Whitney and the tragedy of Bobbi Kristina by taking a moment to pause and take inventory of where we each individually have come from, where we are going, and where we are headed.

All of us have an expiration day.  For every birth, there is also death.  We do not have control over the time, date, place, or way that we will leave our loved ones behind.  What we do have a say in is what life process we want to be a part of so that we can influence others by the legacy we choose to leave behind us.  Hopefully, we desire that legacy to breathe life and not death to those we leave behind.  Consider this:  How we leave may well be a product of how we live.  Recognize that if you were raised in dysfunction, there may have been a familial and generational pattern at play.  A healthy, meaningful life is not beyond your reach, but it also does not necessarily happen by accident.  It may have to be intentional.  It will take some work.  And you may need some help to avoid the replacement of one dysfunction with another.

It is a great gift to yourself and to those who love you to take a hard look at where you came from so that you can choose to walk a different path.  I have no doubt that Whitney would have wanted her daughter to do just that.

Zuleida believes that her clients want to be well. She creates an inclusive, motivational, integrative, and grace oriented environment for healing. She comes along side of those who are struggling with the goal of helping them fully discover their purpose, and their passion for life.  Her expertise are in the unique stresses and multiple balancing acts that busy “modern” families face, including the lonely single career person, the overwhelmed mother, the crisis teenager, step-families, and single parent families. Read more….

Do you need a fresh start, and a support system to help you through it?

Call 407-622-1770 for more information or to schedule an appointment with Zuleida.

Introducing Somer Leigh Banjanin, Life Counseling Solutions New Therapist!Somer brings an in-depth knowledge and understanding on just how much impact trauma has on even the smallest areas of our daily lives. She is passionate about working with teens transitioning to adulthood as well as couples and families.Somer works to create a relational, safe environment where you are heard and believed. Where you know that you and your story matter.Somer graduated from Liberty University (Go Flames!) with her Master’s in Professional Counseling. She is currently pursuing her Doctorate in Community Care and Counseling – Traumatology from Liberty University. Her dissertation focuses the effects of climate change on interpersonal trauma.Somer is married with three children. She loves cats, art and design, scuba, the Appalachian Mountains, health and wellness, and is an avid yogi. She is a certified yoga teacher in Power Yoga and provides trauma-informed yoga classes.We are thrilled to have Somer as a part of our team and know she is going to have a tremendous impact! ... See MoreSee Less
View on Facebook
· Share