Codependency is a term that can be defined as “excessive emotional or psychological reliance on a partner, typically a partner who requires support due to an illness or addiction.” Unfortunately, codependence can affect anyone and it is an issue that is even affecting teenagers. Codependent relationships in teens can be extremely dangerous, as we have learned by recent events in Windermere, Florida. 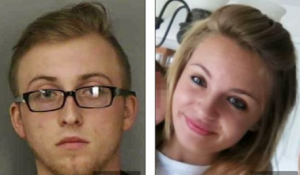 On Saturday, March 22nd, two teens shot and killed an officer and then themselves. Suicide notes were found by parents along with notes to each other and plans of the future. The plans included that the couple desired to get married (Brandon Goode being 18 years old and his girlfriend Alex Hollinghurst only 17 years old), steal a boat and sail to Panama. Brandon painted Alex a “romantic” idea of a future by saying, “We could live on a beach, just you and me, forever;” however, this isolation and dependency is exactly what fed into the couple’s toxic relationship. Another letter was found where Brandon was apologizing for creating so many problems for Alex and breaking up with her. According to letters, and the events that ensued on Saturday, obviously the break up did not last.

Often times, teenagers get a tumultuous relationship confused for a passionate one. They think the codependency is romantic rather than unhealthy. And the on again/off again relationship as destiny to be together, rather than being unable to set and maintain healthy boundaries. This kind of behavior is definitely dangerous to one’s mental health, but as Windermere and the families of these children discovered, also dangerous to one’s life. While no one completely understands why these tragic events took place on Saturday, Brandon did leave the following statement in a letter to his mother, “Please don’t be sad, this is what I want now, I get to die peacefully with the woman I love, the woman of my dreams, my fiancée (Yes we were engaged!).” Therefore, showing us that this codependent relationship led to their untimely and unnecessary death.

If you are concerned that your teen may be involved in a codependent relationship, call Orlando Teen Codependency Counseling with Life Counseling Solutions 407-622-1770 for a free consultation or to schedule an appointment. A counselor will be happy to work with you and your teen to understand healthy relationships and set positive boundaries.

Like to run? 🏃🏾‍♀️ Black Run Club is the perfect place for you! 💯We’re a new running club for people who want to have fun, meet new friends, and get in shape. 👟We provide a supportive community that will help you reach your fitness goals. ✅Our club offers a variety of events and activities that cater to all levels of runners. 🎽Whether you’re just starting out or you’re a seasoned marathoner, we have something for everyone. 🤗Join BRC today – we can’t wait to meet you!New runners welcome. Sessions start in February 2023. Email [email protected] or DM me to join the BRC interest list. ... See MoreSee Less
View on Facebook
· Share