I think we ask ourselves this question because we want answers.  We want to get to the root cause of someone’s drinking. Maybe we are hopeful that if we can figure out why they started in the first place and solve that problem then it won’t be an issue all together.  Or maybe if we figure out why all these people are ….what I hear people say “choosing” to use opioids… (which is a whole different educational piece we will discuss later on), but if we know why all these people are getting addicted to the heroin then we can eradicate the issue.  Right??

This thing is that… this illness.. is not that simple.  In fact, it is very complex as to why someone might use excessively resulting in destroying their lives and those around them.

While I can’t directly answer this question what causes it …. I am going to explain to you things that happen from a young age that are likely to increase someone’s chance of turning to substances. These are behaviors, environments, parenting styles, experiences that people live with from a young age that have been supported by research to increase someone’s chance of becoming addicted. This thing called addiction can happen to ANYONE.  No one is immune and there is so much we can do to prevent it.

Dr. Earley, the president elect of ASAM recently reported that our genes account for 50% of someone’s chance of becoming addicted.  If someone is addicted in the family that means that we need to monitor for this even more.  Now, we can’t do anything about genes there are so many other actions we can take.

According to research by the Orange County Drug Free Coalition, children that start using substances or alcohol at the age of 15 are 4x more likely to become addicted than those that wait until 21.  Individuals who start at the age of 17 have a 26% percent chance of becoming addicted.  Maybe you’re thinking well my kids would never start that young. 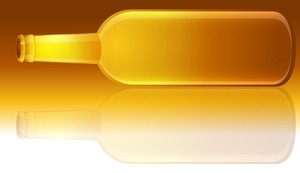 Unfortunately, too often these young people started right at home from the parent’s cabinet.  Further concern when young people start is that the pre-frontal cortex of the brain is not finished developing.  When we start introducing substances early on it affects brain development.  That pre-frontal cortex is in charge of decision making, impulse control.  Hence, people who are addicted and started young really struggle in those areas.

What if parents like to drink or use?  An interesting and well known theory in psychology is “Modeling” it is used to understand many things that occur with child and parent relationships.  This famous psychologist John Bolwby did a study where he took one of those inflatable people and sat it on the ground.  He had one parent act aggressively towards the doll and the other loved on the doll.  What he found almost immediately is that children copied what their parents did.  This experiment is been repeated many times over the years.

So why do I bring this up in relation to substance abuse??   When mom continually goes to drink her glass of wine at the end of a long day, or socializing with cocktails, or maybe Dad every evening with his beer… the children watch this and not surprisingly often end up mimicking the same behavior.  It’s nothing intentionally it just happens.  Of course, many other behaviors are modeled this way to our children, but the drinking or substance use and the behaviors associated are absolutely caught onto.  This is often why when I talk to someone about their drinking and they think nothing is wrong with it, it’s because they grew up with seeing it all the time and they will say, “everyone drinks like this.”  It’s all that’s normal to them.

Another, major contributor to addiction is the role of instant gratification and healthy limit setting.  Dr. Al Pesso a master therapist in Europe talks about the basic need of healthy limit setting from a young age.  He found when children grow up in one of two different environments they are more often to find themselves on setting limits later on and getting themselves in trouble.  An environment where its very controlled and strict, children aren’t able to make decisions on their own bc they’re parents are constantly doing it for them. The other far end is the lazze faire parent that is more like a friend and lets their children do whatever they want, constantly at their beck and call.

Research shows that when children get what they ask for immediately – it teaches them instant gratification.  I demand what I want and I get it quickly.  When this occurs over and over again, they very much develop the mind of the substance user who wants to feel different needs it quickly and goes through the cycle over and over.  The goal is to find a balance letting them know what is okay and what is not but in a loving and logical manner that allows them to have some control in their decisions as well.

What they found is that when someone isn’t appropriately taught limits in their relationships that these individuals don’t know how to limit themselves in many aspects.  This might not be drug addiction for some – it could be burning out from working too much, not taking care of self, eating too much and other behaviors that become unhealthy.

Really this list could go on for hours… but Adverse Childhood Experiences or what we call in the counseling world as an ACE score are a major factor as well.  Studies show again and again that when someone has a higher score usually from abuse, grief, or trauma – they are more likely to become addicted.   This is exasperated when someone doesn’t learn how to cope in a healthy way expressing feelings, talking about uncomfortable situations – instead these events are so painful that they turn to the bottle.

To sum up, the good news is that while there are many things that could increase someone’s chance of addiction – there are so many things we can do to prevent it. Some places to start are not having alcohol or drugs in the home, having open conversation with young people and letting their voice be heard, modeling healthy behaviors such as expressing our own emotions, and teaching them boundaries to protect themselves.

If you are noticing this struggle in your life or a loved one then call Life Counseling Solutions at 407.622.1770. Set up an appointment or a free 15-minute consultation with our expert therapists. Or, make your first appointment online by clicking here.