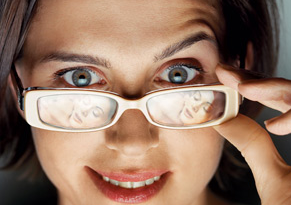 When most people in our culture think about pornography and who is accessing it online, their thoughts automatically go to the male population. Would it surprise you to know that women represent 30% of the internet pornography consumers (Internet Pornography Statistics, 2008; Nielsen//NetRatings, April 2005)?

It is time to stop with the “old school” thinking that it is just a “man” issue and take a look at not only the increased activity with women and pornography, but also the impact that it is having on them and their lives.Women have greater access to information, laws and resources that foster sexual health and expression, but we can’t be naïve not to acknowledge these advantages against other realities that women will face.Women today are introduced into a society with more sexually explicit messages that encourage risky and impulsive behaviors.

Here are just a few examples of the powerful influences she will be facing as she surfs the Internet:

Women as Objects: What They View and It’s Impact

So how is this happening and why are women becoming more and more consumed with Internet pornography? The sex industry and pornography are gaining greater acceptance and presence in our culture. What use to be culturally unacceptable has it become more of the norm? The rapid growth of internet usage has been identified as the primary reason for the exponential increase in pornography use and production, as well as compulsive sexual behaviors related to pornography use.

Women are more saturated today with sexual messages and are buying into the distorted marketing that a provocative woman is ideal. Including feeling pressure to make out with other females so that guys think they are “open-minded” and “cool” at high school and college parties. These activities, among others, can send a normalizing sexual abuse acceptance because of seeing it eroticized in pornography. These are thoughts and activities that they would have never entertained in the past, but can now feel like it is necessary at times to be accepted.

Women as Consumers: A Growing Trend

Men use to be the main consumers of pornography and women were the objects of the images. It is now more common that women are producing, viewing and interacting with the sex industry than ever before in its history. Their time, energy, and thoughts are being seriously impacted as they too spend countless hours lost in the world of fantasy and also, at times, in shame hoping they can measure up to what they view.

Some of the consequences of the increase in women viewers are:

There are women, like some men, who will feel that there is no harm in viewing pornography and that it is controllable. What they might not consider is that once the door is open, they become more vulnerable to a potential addiction and an extensive array of other traumas that can stay with them the rest of their lives.

These statistics and facts are both alarming and sad but reinforce how dangerous it is for women to get caught up in the world of pornography:

Those that think pornography is harmless entertainment or a marital aid have clearly never been exposed to individuals, couples, or families who are reeling from its devastating effects. Many women are seeking out mental health counselors for issues related to these trends and the manner that it affects their relationships, sexuality, self-esteem and their identity as women. The days of looking at pornography as only a “man” issue are over and it is time to step up and create awareness so that women can see how destructive and impactful this will be in their lives. Otherwise, we will be creating a culture where women lose their identity, value and worth for something that will leave them even more broken and hurt.

If you are struggling with this issue, Life Counseling Solutions is here to help. Call today at 407-622-1770 or click here to set an appointment or up a 15-minute free phone consultation with our counseling experts. You don not have to face this difficulty alone.