You Wanna Hook Up?

You Wanna Hook Up?

Why bother asking someone to dinner or to the movies when you can meet at a party, down a few drinks and go “hook up” for the night?

In my freshman year of college, I can remember going down the hall to the shared bathroom among the dorm rooms and seeing some of the girls hung-over around the sinks.  I caught my roommate’s eye and asked her what happened last night with that guy she had met at the party?  She said, “We had fun together with no strings attached if you know what I mean.  It was great!”

Since those days, very little has changed in the female world of sexual freedom, it has only evolved into what we now call “hooking up”.

“Hooking up” can include all of the bases, and the ambiguity is intentional. Modest types can imply that less happened than did, and braggarts can hint at hitting a home run.  Hookups can be defined by alcohol, physical attraction and a lack of expectations in the morning.

One of the legacies from the sexual revolution is the “hook-up mentality”.  The assumption behind that mentality is that sex is just another recreational activity.

There are many reasons why hooking up has become the name of the game and old-fashioned dating virtually does not exist anymore.  A big reason involves the changing social roles of women and the evolution of female sexual freedom. 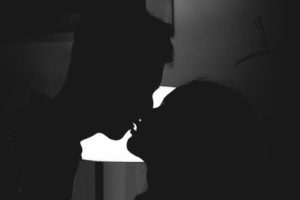 These concepts can be baffling to parents and members of older generations who are used to a courtship culture, not a hookup culture.  However, it can also be confusing for those active in hooking up.  Hooking up often leaves participants confused about the status of their hook up relationships, leaving them in relationship limbo.

Sex and the City

One character has become absorbed by taking care of her baby.  She longs for a relationship with the baby’s father.  Another character describes herself as “lonely, really lonely.”

The hook-up mentality doesn’t allow people to face up to the deeply embedded fact that they want to matter to their partners.

Hooking up behavior is dangerous.  There are more than 24 different sexually transmitted diseases (STDs) today and 15 million new cases are reported each year.  According to the Center for Disease Control and Prevention approximately 20 million people are currently infected with HPV.
At least 50 percent of sexually active men and women acquire genital HPV infection at some point in their lives.  By age 50, at least 80 percent of women will have acquired genital HPV infection.  About 6.2 million Americans get a new genital HPV infection each year, the CDC also reports.
Hooking up happens, so what happens after hooking up?  It isn’t always as carefree as it seems.
What happens is usually one of the two partners becomes attached, emotional needs are denied, there is a higher risk for depression, higher risk for sexual transmitted diseases, and challenges later on in life to maintain a healthy monogamous relationship.
If you want additional assistance call today at 407-622-1770 to make a complimentary 15-minute consultation or click here to book an appointment online.
Author: Janie Lacy
For more information on this subject check out our these websites below.
http://www.americanvalues.org/Hooking_Up.pdf
http://www.cdc.gov/
http://www.sexualrecovery.com/resources/articles/consequences.php
NOTE: You can freely redistribute this resource, electronically or in print, provided you leave the authors contact information below intact.
Follow us on Social Media
instagramtwitterfacebookyoutubelinkedinpinterest